PASC19 is pleased to host a presentation on the research that won the 2018 ACM Gordon Bell Prize announced on November 15 at SC18, in Dallas.

This session will be introduced by ORNL Chief Scientist for Computational Systems Biology Dan Jacobson, co-leader of the team winning this important prize in recognition of outstanding achievements in high-performance computing. The talk will be presented by Deborah Weighill – who works under the guidance of Dan Jacobson in his lab at Oak Ridge National Laboratory.

Abstract
The new CoMet application consists of implementations of the 2-way and 3-way Proportional Similarity metric and Custom Correlation Coefficient using native or adapted GEMM kernels optimized for GPU architectures, and received the 2018 Gordon Bell Prize. Nearly 300 quadrillion element comparisons per second and over 2.3 mixed precision ExaOps are reached on Summit by use of Tensor Core hardware on the Nvidia Volta GPUs. These similarity metrics form the major parts of largescale Genome-Wide Epistasis Studies (GWES) and pleiotropy studies. These efforts seek to identify genetic variants that contribute to individual phenotypes, including susceptibility (or robustness) to disease. The team is using CoMet to investigate the genetic architectures underlying complex traits in applications from bioenergy to human clinical genomics. 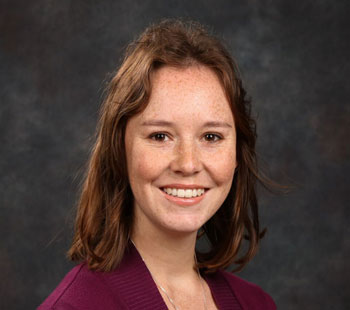 About the presenter
Deborah Weighill is currently completing her PhD at the Bredesen Center for Interdisciplinary Research and Graduate Education, a joint program of the Oak Ridge National Laboratory and the University of Tennessee, Knoxville and expects to graduate in May of 2019. Her computational biology research in Dan Jacobson’s lab focuses on the analysis and integration of large scale ’omics datasets. She was a member of the team which won the 2018 Gordon Bell Prize.